Come and join us as we visit two important countries with a rich Biblical history.
We will walk on the footsteps of Rabbi Sha'ul aka (Apostle Paul) !
We will experience these two colorful and dynamic countries in a unique Biblical way!
Full Price  : $4430 per person in a shared room*
*Deposit of $200 is due immediately and can be paid online (convenience fee applied).
After May 13, 2022 prices could increase due to airline availability . 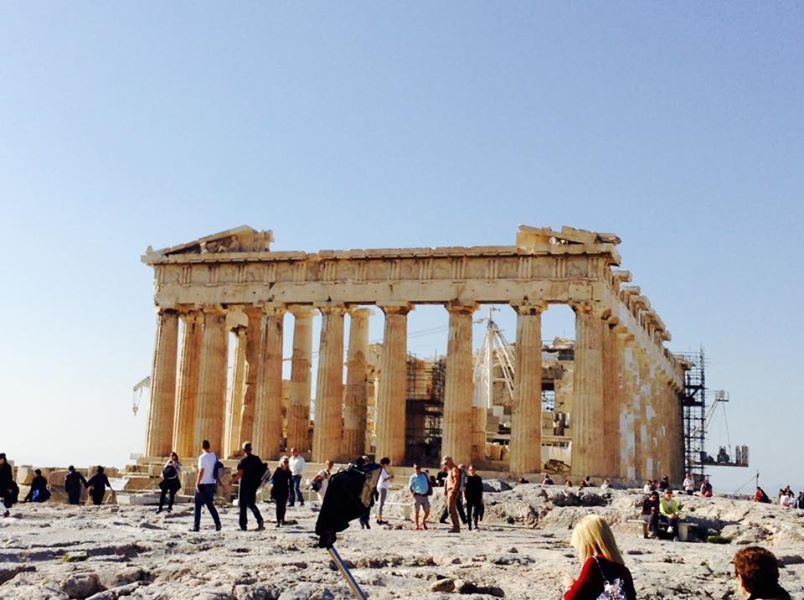 What's included in this trip:

At this time COVID vaccinations are not required for entry into Turkey or Greece.

Arrive in Istanbul, meet by your guide and transfer to the hotel for dinner and overnight. (D) 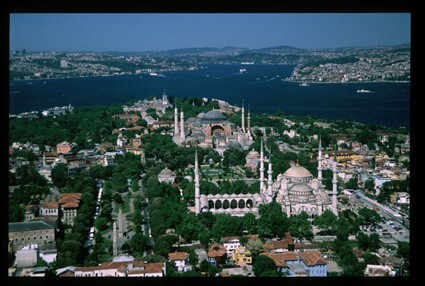 In the morning depart from the hotel to visit Topkapı Palace, the residence of the Ottoman Sultans from the 15th to the 19th centuries to see the famous Topkapı Dagger and one of the biggest diamonds of the world: The Spoon Maker’s Diamond. Then walk into Hagia Sophia (6th c. AD), a masterpiece of the Byzantine Christian Architecture and one of the oldest and biggest cathedrals of the world.

Drive down to seaside and embark on a Private Boat for a cruise along the Bosphorus to enjoy the old wooden mansions of the Ottoman Turkish Aristocracy.

Disembark and visit the 16th century Egyptian Spice market by the Golden Horn. Enjoy shopping for the all kinds of spices, nuts, Russian caviar, Turkish pastrami and delicious Turkish delights. Return to your hotel for dinner and overnight. (B,D)

Morning departure at 6;00am, crossing the Sea of Marmara over the new suspending bridge and while driving on  highway see the Lake of Nicea from a distance, talk about Nicene Creed and the Ecumenical Councils that were held in Nicea in 325 AD and 787 AD. 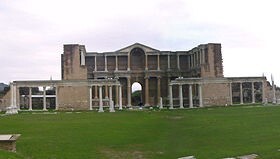 Continue to visit Sardis (Rev.3:1-6), the capital city of Lydian Kingdom. Sardis was one of the very rich metropolises of Asia Minor with crowded populations of Jews which might have enabled the Good News to be heard at a faster . The site is presently under the excavation of Harvard and Berkeley Universities. The city was where the richest man on earth, King Croesus enjoyed an incredible power and wealth. Lydians invented and minted the first coins in the world.

Visit one of the oldest synagogues of the world which was later converted into a church. Also visit the monumental Artemis Temple and the impressively restored Roman Imperial Hall.

En route you will have a short visit at ancient Philadelphia (Rev 3:7-13) to see the remaining walls of a monumental church. Philadelphia together with Symrna was one of the two seven churches of Asia Minor which did not receive any critisizm about applications of Christianity.

Continue to Pamukkale, where is a unique site in the world, declared as World Heritage Site by UNESCO Cultural Department.  Dinner and overnight in Pamukkale. (B,D)

Morning visit to Hierapolis where Apostle Philip came to spread the Christianity, and is believed to have lived and martyred here. Hierapolis is mentioned in St. Paul's epistle to the Colossians (Colossian 4:13). Explore one of the richest cemetery grounds of the ancient world, the main Domitian Gate and the main avenue. Before leaving enjoy the cotton white travertine cascades of Pamukkale. And then to Laodicea, Laodicea was one of the seven churches (Rev 3:14-22) where John called its Christians Lukewarm. Recent Turkish excavations on the site are revealing the walls of a what might have been a monumental church. Drive to Kuşadası for dinner and overnight at hotel. (B,D)

Revelations according to the New Testament) also spend his last years in Ephesus. St. John is believed to have been buried within the Basilica of St John. A strong tradition in the Catholic Church claims that St. John brought Virgin Mary to Ephesus and she ascended to heaven from Ephesus. Your visit include Ephesus archaeological site, the Basilica of   St. John and the House of Virgin Mary. Special dinner will be served at a Restaurant within the grounds of a beautiful Vineyard. 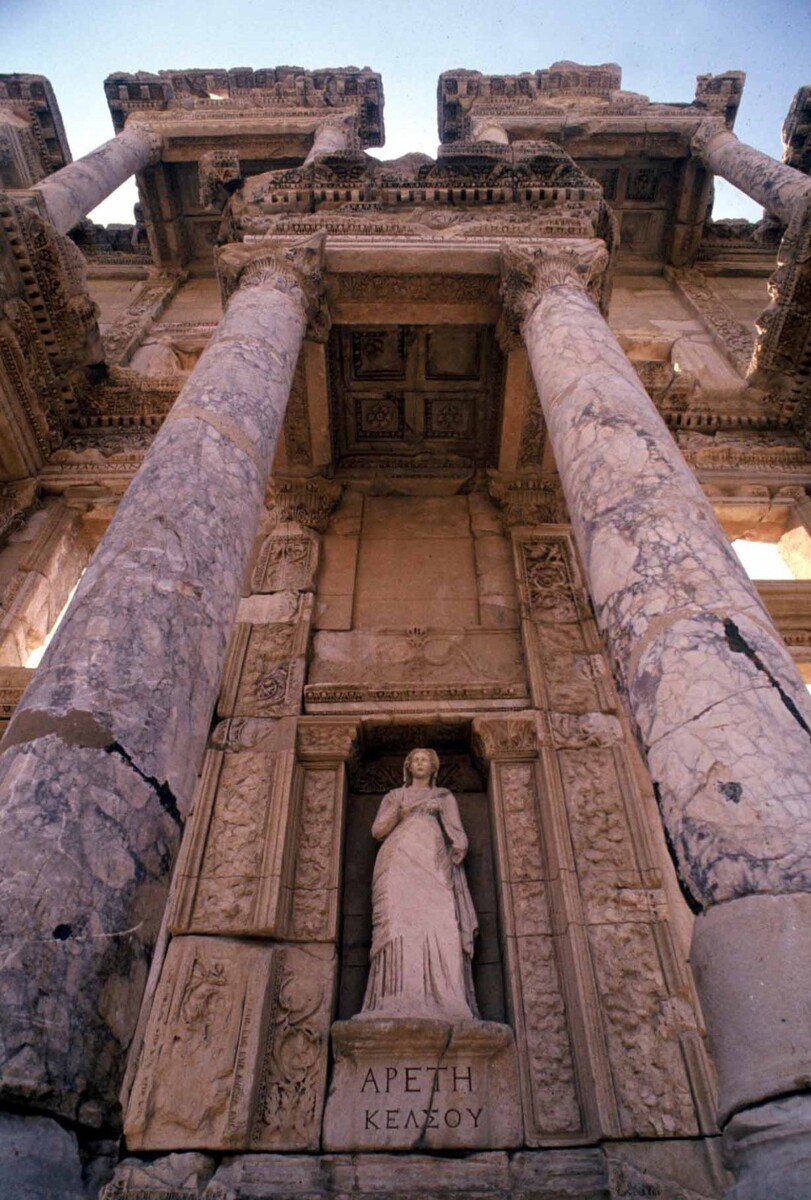 Depart from the hotel and take a pleasant morning drive to another Ionia city of Miletos, which was always an important wealthy city and was a cultural center.  On his way to Jerusalem, Paul asked the elders of Ephesus to meet him in Miletos (Acts 20:16-38) where he predicted his own death (Acts 20:20-25). Today a delicious lunch will be served at a countryside Restaurant where you will experience home style cooked food.  Continue to İzmir for a visit to Smyrna Church St.Polycarp. İzmir is ancient Smyrna which houses one of the seven churches (Rev 2:8-11) and St. P

olycarp was the bishop of Smyrna, one of the disciples of John.

Dinner and overnight in Izmire. (B,D) 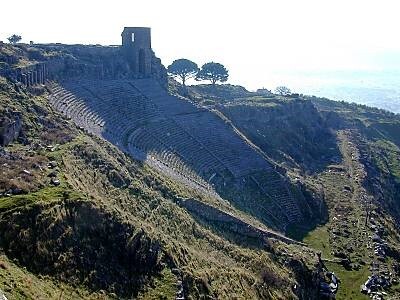 Drive to Bergama-ancient Pergamon (Rev 2:12-17). Early Christian martyr Antipas was tortured to death here. Pergamon was the site of many temples to pagan Gods. Yet Christianity took a stronghold here as early as 2nd century, attested by the monumental size of Basilica of St. John. We have no evidence about Paul visiting in Pergamon. But it is clear that he walked through the area as he was on his way to Macedonia.Pergamon was the capital city of Hellenistic Kingdom of Pergamon. Pergamenese Library was the second richest library of the ancient world after the library in Alexandriapolis, Egypt. The city of  Pergamon was also where parchement paper was invented. See the site of Zeus Altar, Temple of   Emperor Trajan, the Hellenistic theatre, the library site. Continue to Troy, the legendary stage for Homer's Iliad.                       A comprehensive visit of the city’s  9 different settlements at the hill of Hisarlık and the replica of the famous Trojan horse. Arrive in Canakkale for dinner and overnight. (B,D)

Aug 29: Çanakkale – Turkey/Greece Border – Kavala - Philippi- Thessaloniki                            Following an early breakfast cross the straits of Dardanelles over to Gallipoli and drive to Turkey and Greece border. Greek guide & driver will welcome you at the Greek side and you will be driven to one of the most beautiful and picturesque cities in Greece – to the city of Kavala, with its elegant harbor. Paul landed here with his disciples, Timothy and Silas. Luke, the Evangelist, also came here from Troas. This ancient city of Neapolis was later renamed Christoupolis because it was the first European city to accept Christianity. We will see the Roman Aqueduct and the ruins of the Acropolis in this beautifully located city, known since the 5th century as Kavala. Just after a short trip, we will arrive to Philippi where Paul preached his first evangelical sermon and baptized the first Christians on Europe.  We will view the baptismal site where Lydia surrendered her life to Christ and visit a crypt dating from the Roman period that is thought to have served as a prison for Paul. See the famous Acropolis, the Market Place, Basilica, and the Theatre. Then we will travel west following the coast arriving in Thessalonica, in the evening. The New Testament books of I & II Thessalonians will come alive to us today. En route to the hotel we will view the old city ramparts; the newly excavated Forum, St. George Church, an ancient Roman monument which was transformed into a church and the Galerius Arch which rises over the famous Via Egnatia. We will see St. Demetrius basilica, dedicated to a distinguished member of the Roman army and a martyred Christian convert before arriving at your hotel in Thessalonica for check-in. Dinner and overnight at the hotel in Thessaloniki.   (B,D) 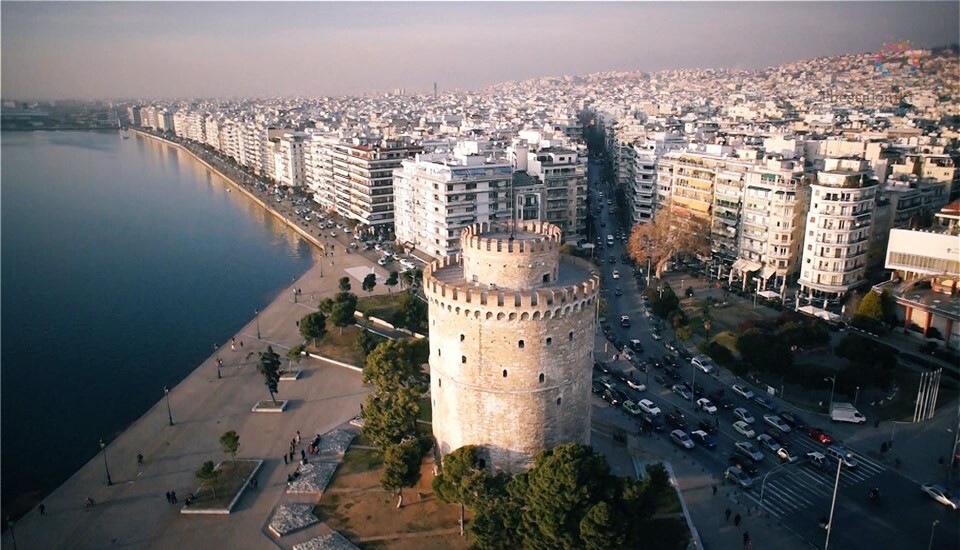 Depart from Thessaloniki and drive South along the beautiful landscape of inland Greece. Following a short drive, first stop is Veria, visiting St.Paul’s Bema ; it was here that Paul planted a church where  studied the Scriptures on a regular basis. Continue to see the World famous Byzantine monasteries of Meteora that are perched precariously on summits of gray rock pinnacles of varied and beautiful shapes. Their history goes back to the 14th century when the monks sought refugee in the cliff-side caves. Then they fled higher to buildoriginal wooden shelters, which were later transformed into monasteries. After visiting couple of monasteries check in to your hotel for dinner and overnight. (B,D) 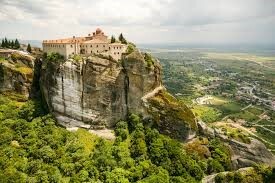 Aug 31: Kalambaka – Athens  After having Breakfast at the hotel departure to Athens, enjoying beautiful landscapes while crossing Central Greece. Stop at the heroic monument of Leonidas, King of Sparta in Thermopylae. This small monument commemorates the battle in 480 B.C. in which a small band of about Spartan soldiers held off a huge Persian army for three days. The delay was long enough to allow for the successful defense of Athens against the Persians.

Arrival in Athens and on the way to your hotel, we will pass by the Prime Minister’s Residence – ex Royal Palace, Zappion Hall, Roman Temple of Olympian Zeus, Hadrian’s Arch, St. Paul’s church, National Garden, Syntagma Square with the Parliament and the Tomb of the Unknown Soldier, Schliemann’s House, Catholic Cathedral, Academy, University, Russian Orthodox Church and National Library. Dinner and overnight at the hotel in Athens.  (B,D) 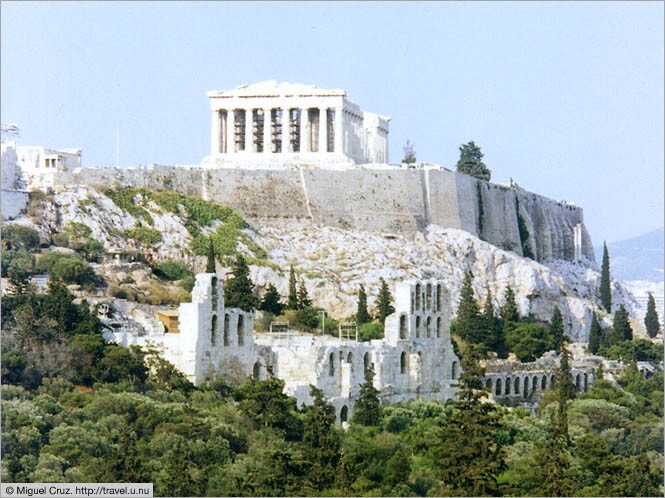 Breakfast at the hotel and just after departure to Ancient Corinth, via Iera Odos (the Sacred Way). It was so called because it was the route taken by a procession celebrating the Eleusinian Mysteries, were initiations held every year for the cult of Demeter and Persephone based at Eleusis in ancient Greece. Driving along the coastal road, we will reach Corinth canal, which merges the Aegean with the Ionian Sea (short stop for photos of the breathtaking view). Shortly thereafter we will reach the ancient town of Corinth, where St. Paul lived and preached for two years (Acts 18:1-18). Visit the ruins of the ancient city where Paul worked with Aquila and Priscilla, see the remains of the first century shops, the Agora where Paul’s trial by Gallio took place, the Fountain of Peirene, and one of the most outstanding monuments of pre–Roman period, the temple of Apollo. Return back to Athens for a city tour, starting with the visit of the archaeological site of Acropolis, an UNESCO’s world heritage monument and visit Propylae, Temple of Athena Nike, Erechtheion with its porch of Maidens and of course the Parthenon. We will proceed on foot to the Areopagus or Mars Hill, a bare marble hill next to the Acropolis, where Apostle Paul delivered his famous speech about the identity of “The Unknown God”, according to the biblical account (Acts 17). Continue with a short stop to Panathinaiko Stadium where the first Olympic Games took place in the modern era (1896).

Return to your hotel for dinner and overnight. (B,D)

Sep 2:  Transfer to the airport for return flight back home.  (B)

Passengers will be using two hotels for August 25-28

Flights from the USA

Flights Back to USA:

DEPOSITS AND PAYMENTS: A non-refundable deposit of $200 is required from each traveler along with their reservation form to guarantee the booking as soon as possible.

The remaining balance is due in 3 payments.

If you prefer to pay the rest of the payment by checks and avoid the convenience fee,
please send  your checks to Yosher Tours:
Yosher Tours
122 Siena Lane
Glen Allen, VA 23059
show more

Air travel not included. Guest in shared room including flights.

DEPOSITS AND PAYMENTS: A non-refundable deposit of $200 is required from each traveler along with their reservation form to guarantee the booking as soon as possible. The remaining balance is due in 2 payments.

Single Supplement
Unavailable as of July 21, 2022

Price added for single occupancy.  Must be paid in full with the final payment .
show more